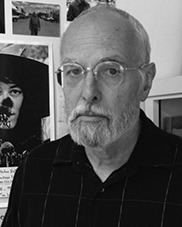 David Gates is the author of the novels Jernigan and Preston Falls, and two story collections, The Wonders of the Invisible World and A Hand Reached Down to Guide Me. His stories have appeared in such publications as The New Yorker, the Paris Review, Granta, Esquire, Tin House and GQ, and The Best American Short Stories. He’s published nonfiction in The New Yorker, The New York Times Book Review, The New York Times magazine, Esquire, GQ, Bookforum, Rolling Stone, Tin House, The Virginia Quarterly Review, The Oxford American and The Journal of Country Music, as well as Newsweek, where he was a Senior Writer. He teaches at the University of Montana and in the Bennington Writing Seminars. 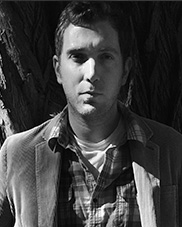 Lee Clay Johnson is the author of the novel Nitro Mountain (Knopf), which won the 2017 Sue Kaufman Prize for First Fiction from the American Academy of Arts and Letters. His stories have appeared in Ploughshares, Literary Hub, the Oxford American, The Common, Appalachian Heritage, Salamander, and the Mississippi Review.  He holds a BA from Bennington College, an MFA from the University of Virginia, and was awarded a Walter E. Dakin Fellowship from the Sewanee Writers’ Conference. He grew up around Nashville in a family of bluegrass musicians and currently lives in Brooklyn, where he serves as Director of the Writer’s Foundry MFA program at St. Joseph's University. 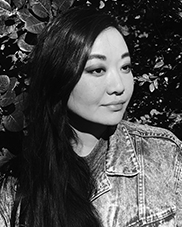 Erinrose Mager's work appears in La Vague, Prelude, The Poetry Project's The Recluse, DIAGRAM, jubilat, Fence, The Adroit Journal, and elsewhere—and was selected by Matt Bell for Wigleaf’s Top 50 in 2020. She is co-editor of The Official Catalog of the Library of Potential Literature, 2020-21 Clemens Doctoral Fellow, and 2015 recipient of the Carrie S. Galt Prize. Erinrose earned her MFA from Washington University in St. Louis and her PhD in Literary Arts from the University of Denver. 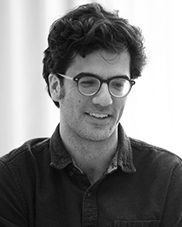 Andrew Martin is the author of the novel Early Work, a New York Times Notable Book of 2018 and a finalist for the Cabell First Novelist Award, and the story collection Cool For America. His stories have been published in The Paris Review, The Atlantic, and The Yale Review, and his essays have appeared in The New York Review of Books, Harper's, The New York Times Book Review, and VICE. A recipient of fellowships from MacDowell and the UCross Foundation, he has taught writing classes at Tufts University, Boston College, Catapult, and elsewhere.

Catherine (Kate) Meehan is a Lecturer in English and the Program Director of ACES, an undergraduate writing program designed for recent immigrant and international scholarship students at St. Joseph's University. She holds a BA from Georgetown University, MA from Middlebury College and an MFA from The Writer’s Foundry, where she graduated in 2015 with a thesis in poetry. Meehan has received grants to attend the Bread Loaf School of English, and was awarded a place among the 2018 cohort of the Bread Loaf Writer’s Conference. With fifteen years of experience teaching creative writing, literature, and composition on the east and west coasts of the U.S. and the south coast of India, Meehan is a proud recipient of the S. Mary Florence Burns Faculty Award for Teaching Impact and Excellence. She has served as a poetry judge for the PEN America Prison Writing Contest. Meehan's poems have appeared in Barn, Swallow and Spoke 5. Her poetry collection, Kept at Bay, explores bodies of water and the water in our bodies and life along the Great South Bay. 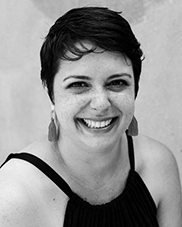 Carly Joy Miller is the author of Ceremonial (Orison Books, 2018), selected by Carl Phillips as the winner of the 2017 Orison Prize for Poetry, and the chapbook Like a Beast (Anhinga Press, 2017), winner of the 2016 Rick Campbell Prize. 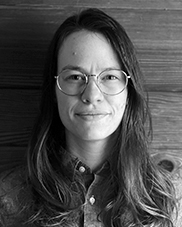 Alicia Mountain is the author of High Ground Coward (Iowa, 2018), which won the Iowa Poetry Prize. Her chapbook Thin Fire was published by BOAAT Press. Her work has appeared in American Poetry Review, The Nation, Ploughshares, Prairie Schooner, Poetry Northwest, Guernica, Pleiades, and The Georgia Review. She holds a MFA from the University of Montana and a PhD from the University of Denver. She was the 2020-2021 Artist in Residence at the University of Central Oklahoma. Dr. Mountain's second collection, Four in Hand, is forthcoming from BOA Editions in early 2023. She is a lesbian poet and writer based in New York City.

Cleyvis Natera is a Dominican immigrant and a writer. She's received awards and fellowships from PEN America, Bread Loaf Writers' Conference, the Kenyon Review's Summer Workshop, and Virginia Center for the Creative Arts. Her work was most recently anthologized in Marita Golden's "Us Against Alzheimer's," and has also appeared in the Kenyon Review, The Washington Post, The Women's Review of Books, Kweli and Asterix. She holds a Bachelor of Arts from Skidmore College and a Master of Fine Arts in Fiction from New York University. Her debut novel, Neruda on the Park, is forthcoming Spring 2022 from Penguin Random House.