Created in collaboration with Greenlight Bookstore, the aim of the Brooklyn Voices series is to promote and enhance the creative vitality of our home neighborhoods of Fort Greene and Clinton Hill by providing local writers, artists and intellectuals with a forum in which to discuss and present their works to our neighbors, patrons and students.

Through lectures, forums, performances and public discussion, Brooklyn Voices seeks to make a meaningful contribution to the thriving intellectual culture of the neighborhood and ensure that our community remains a stimulating place in which to live, learn and do business. 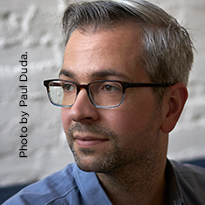 Tickets $32
Each ticket includes a signed copy of Mercury Pictures Presents, to be picked up at the event. 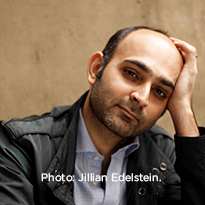 *Proof of vaccination upon entry and mask-wearing are required to attend event.

Tickets $45-50 (Includes access to the event, a hardcover copy of Tom Stoppard: A Life and a bookplate signed by Hermione Lee. Note pickup and shipping options when purchasing tickets.)

Book Launch: Craig Taylor presents New Yorkers: A City and Its People in Our Time
Featuring special guests to be announced!

Joshua Jelly-Schapiro presents Names of New York: Discovering the City's Past, Present, and Future Through Its Place-Names
In conversation with Matt Weiland

Betsy Bonner presents The Book of Atlantis Black: The Search for a Sister Gone Missing

In conversation with Christopher Castellani

In conversation with Ta-Nehisi Coates

Book Launch: Erik Larson presents The Splendid and the Vile

In conversation with Maria Konnikova

Robert Reich presents The System: Who Rigged It, How We Fix It

In conversation with Anand Giridaradas

Kathy Valentine presents All I Ever Wanted: A Rock ‘n’ Roll Memoir

In conversation with Lizz Winstead

In conversation with Tim Snyder

Paperback launch: Dan Rather presents What Unites Us: Reflections on Patriotism

In conversation with Sally Kohn

Eric Foner presents The Second Founding: How the Civil War and Reconstruction Remade the Constitution

In conversation with Chris Hayes

In conversation with Melissa Clark

Wednesday, September 6, 7:30 p.m.
Nathan Englander presents Dinner at the Center of the Earth
In conversation with Jonathan Safran Foer

A Celebration of Marie Ponsot

Thursday, January 7, 7:30 p.m.
Colin Beavan presents How to Be Alive: A Guide To The Kind of Happiness That Helps The World
In conversation with ABC’s Dan Harris, co-anchor of Good Morning America and Nightline
Event Recap

Macarthur "Genius Grant" winner
Thursday, October 15, 7:30 p.m.
Ta-Nehisi Coates presents Between the World and Me
In conversation with interviewer James Bennet of The Atlantic